At the end of the movie Big Fish, a dying father is told a story by his son. In it, his son whisks him away from the hospital, through town and to the edge of a river where all of the best people of his life – friends and family – are all there, waiting to greet him with cheers and heartfelt goodbyes.

Sometimes I wonder if, when we’re at death’s door, such a vision will come to each us. Do we, too, get a vision of the many hundreds or thousands of people we’ve met in our lifetime?

As insignificant as we may think ourselves, we do have an effect on the world. All the people we meet and interact with, even if they no longer remember us, have had the course of their lives changed, even a little, by our chance meetings.

I’ve lost contact with many friends, either amicably, by circumstance or through direct conflict. I admit that the latter of reasons was most often my fault. I was selfish, conceited or insensitive and such flaws ruined some great relationships.

Regardless, every time I’ve parted ways with a colleague or friend, I often wonder if I’ve left them with a positive outlook about me. In other words, will they be one of those people I see in my mind’s eye as I’m suffering and helpless, looking death in the eye?

Such a thought fills me with sadness. I know that most people I’ve befriended, if they knew that I was suffering or needed a friendly face in a dire, dark time, would come and be there for me.

But the grim truth is that this obviously can’t be the case. It isn’t possible.

When I’ll be old and rotting away from cancer or some other illness in a hospital bed, I’ll have to face my greatest fear (worse than death), which is that I’ll be alone.

I admit that I fear suffering. Most people do, of course. But I can’t bear the thought of suffering alone.

When the time comes, and I’ll be in that position, the faces of all these people who I liked, for even a short time, will fill my mind and memory. I will unconsciously reach out to them, but they will be far, far away: and would probably not resemble my memory of them at all.

This all makes me appreciate the friends that I have right now, of course, but our minds and feelings don’t work that way and we can’t stop and smell the roses forever.

I just hope that when I’ll be going through the darkest and most grim phase of my life that I won’t be fooling myself when I finally get that vision of all those people, cheerfully and kindly wishing me goodbye.

Dying alone and full of regret would really be a literal Hell. 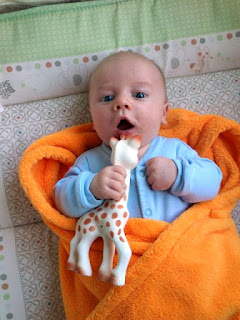